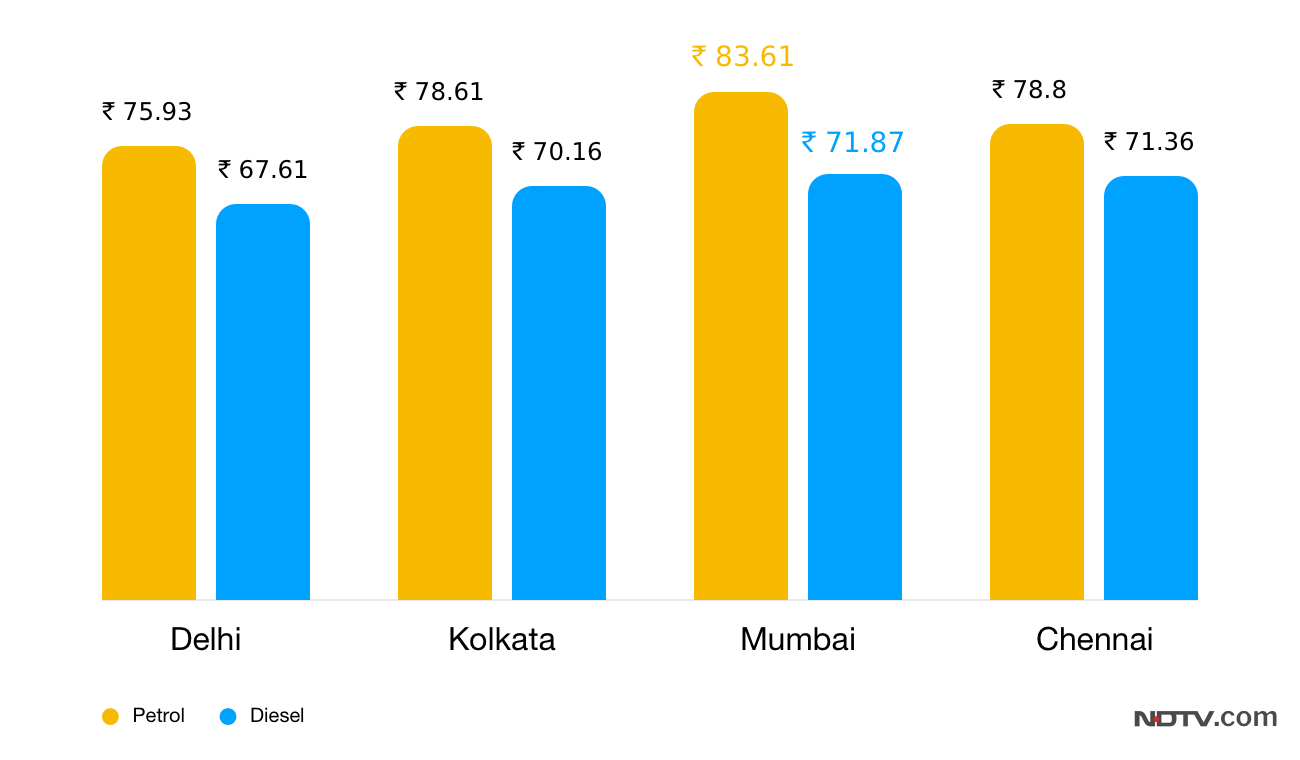 Prior to June 16, 2017, petrol and diesel prices were revised on twice-a-month basis. The switch to the daily system of price reviews was aimed at a more rapid transmission of changes in global oil rates to the domestic consumer.

On Friday, OPEC agreed on a modest increase in oil production from next month after its leader Saudi Arabia persuaded arch-rival Iran to cooperate, following calls from major consumers to curb rising fuel costs.. US crude rose 4.12 percent to $68.24 per barrel and Brent was last at $74.69, up 2.25 percent on the day. “The effective increase in output can easily be absorbed by the market,” Harry Tchilinguirian, head of oil strategy at French bank BNP Paribas, told the Reuters Global Oil Forum.